Don't wait! Call Certified Pest Control NOW! We service from Youngstown to Port Clinton, Cleveland to Columbus and everywhere in between!

We specialize in getting rid of Bed Bugs with our safe heat killing method!

Stinging insects you're likely to discover in and around your home...

There are many types of bees and stinging insects that can cause problems around your home including:

Extremely beneficial to man, these bees can also deliver a life threatening sting to those who are alergic to their venom. Even "dead" honey bees can deliver a sting to an unsuspecting victim. A recently dead honey bee can still have a stinging reflex after it has died which can still produce a bee sting! 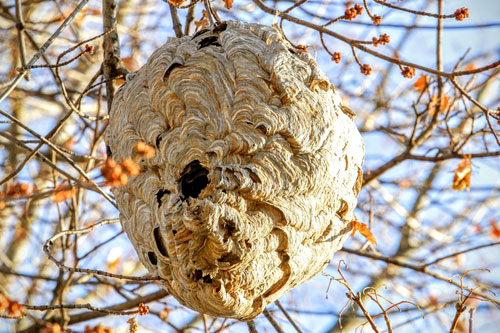 The common eastern carpenter bee, is the most often carpenter bee encountered in the eastern United States. Often mistaken for a large bumblebee, as they are similar in color and size. They can be important for pollination, especially for open-faced flowers, although they are known to "steal" nectar by boring holes in the sides of flowers. Sometimes they bore holes in homes with wood exteriors and can become minor pests. They use their chewed wood to form partitions between the cells of their nest. 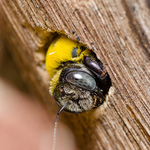 Bumble Bee is a commonly used name for any group of large, hairy, usually black & yellow, bees. These bees are usually found in temperate areas of the northern hemisphere. Many times they are present in temperate climates and often farther north and in higher altitudes than other bees. There are 50 species of bumble bees known to be in North America.

Yellow jackets are wasps not bees. They are capable of both stings and bites but most commonly use their stingers to inflict their pain on people. The Yellow Jacket gets the nick name "Meat Bee" from the fact that they feed their young meat. They often scavage the meat from a dead animal. Yellow Jackets will take "meat" from other insects as well as feast on our Barbecues!

There are many varieties of wasps. Some common to our area are: 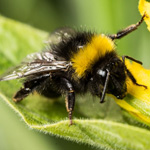